What F1 can teach us about embracing disruption

We were pleased to have Mark Gallagher, F1 executive, as the keynote speaker at our recent event in Manchester together with 50 change leaders. This blog covers the top takeaways from the event, and reveal their numerous responses to market disruption.

In a relentless environment, F1 is now able to use its core capabilities to embrace change – but it was a lesson learned the hard way…

36 tasks. 22 men and women. 1.8 seconds. It’s phenomenal teamwork, but what happens during that pitstop is just the tip of the iceberg. F1 isn’t about the driver stood on the podium, it’s not about the race engineers on the pit wall, or the data scientists sat miles away in the team’s HQ, analysing the data to anticipate the best next move. It’s about teamwork and how to ensure a slick operation at every level of the organisation.

You might not think so, but F1 is an industry that has to endure more change than most. And that’s not necessarily driven by an internal desire to be the best, but often a reaction to the external forces that if left unaddressed would see the team out of business. On the outside, F1 may look shiny with its fast cars, magnums of champagne and childhood dreams played out on the race track. But on the inside the teams face relentless pressure: 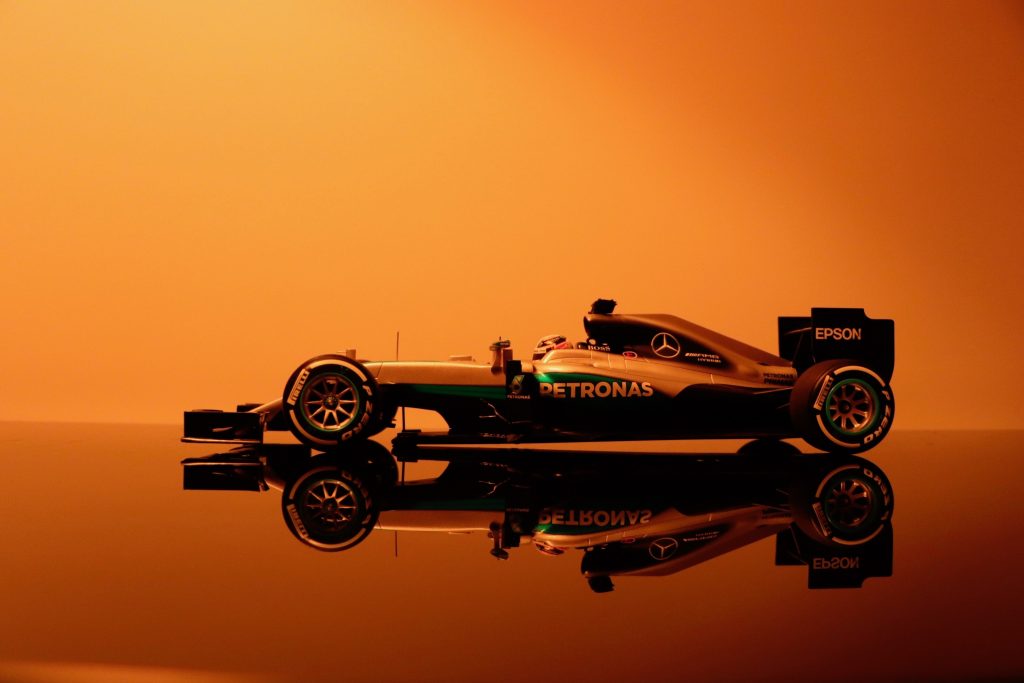 Back at the turn of the century, the world was in the middle of the ‘dot com boom’ and F1 cars were emblazoned with the logos of the major players. But when the Nasdaq crashed, it affected those sponsorship deals in a way that F1 teams hadn’t anticipated.

F1 requires very expensive technical expertise – Red Bull revealed its total costs in 2018 were $181.1 million – so the sport needed to replace blue chips with an alternative source of sponsorship. Enter the tobacco firms. But the practice of tobacco sponsorship was banned in 2002 at a time when about 70% of F1 sponsorship deals were reliant on cigarettes. Next came banks. But the 2007 financial crisis put that endeavour in jeopardy.

By 2010, F1 realised the business model was broken. 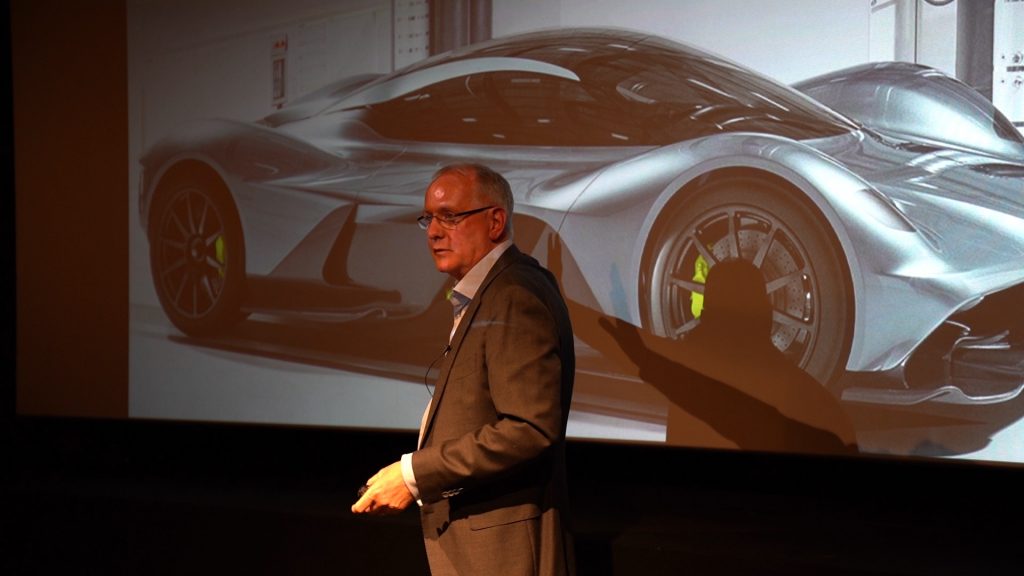 F1 Executive Mark Gallagher during our recent event in Manchester together with 50 change leaders.

Securing the future of F1

Take a moment to consider what’s happening within the industry. Every 3-4-years it experiences a massive change. And while it may be difficult to anticipate what the next change may be, rather than resist it and be forced into last minute actions, F1 has instead altered its mindset to embrace change as an opportunity.

For example, when COVID-19 hit, the resulting race cancellations could have had a devastating effect on the 2020 season. Instead, F1 took the opportunity to run the F1 Esports – Virtual Grand Prix, a series that attracted 30 million views across TV and digital platforms during lockdown. At a time when the sport had struggled to welcome a new generation of viewers – back in 2019 it was revealed that 14% of F1 viewers were under 25 – the switch to esports helped to attract more youthful demographics. Not interested in just watching F1 on TV, it enabled them to get involved and play too.

Furthermore, a big topic on our personal and professional agendas at the moment is sustainability. In F1 you can’t ignore the fact it has a large carbon footprint – 256,000 tonnes of CO₂ emissions. But it can’t just switch to electric vehicles because F1 is committed to the internal combustion engine. It’s an interesting conundrum. And with an ambitious target to be net zero by 2030, it will be fascinating to see how F1 solves the sustainability challenge, particularly for energy-intensive sectors, like marine and airlines.

Our guests and change leaders during the event ” Transformation in the Fast Lane”, which was our first event in the North West region

Initially, F1 used technology to calculate how to make their cars go faster. But the hard truth is that fast cars aren’t necessarily safe cars. In the sport’s 70-year history, 52 drivers have been killed on the track. So the focus changed to see how to make fast cars, safe cars.

It’s a sector that has been transformed through insights.

At its very core, F1 is an engineering business that focuses on three suites of technologies: aerospace, automation and information. By focusing on these core capabilities, the sector is able to adapt to any new challenge. And the same is true for any organisation. When you know what your core capabilities are, you can use them to your advantage, regardless of what’s happening in the micro or macro environments.

Additionally, F1’s desire for safety has led to a cultural change where everyone takes responsibility for risk management. Look at any F1 team after a race. Once the champagne has finished flowing, attention turns to the post-mortem, which involves every member of the team. The good, the bad and the ugly are laid bare for all to see, because the leadership teams understand that good ideas can come from anywhere. Everyone is welcomed to share their thoughts and be

empowered to solve those challenges. Through this inclusive and iterative process innovation can continue to blossom and enable the sport to thrive.

The Future Business Formula in your organisation

Formula One is a great example of how transformation, innovation and business agility drive real world success. Despite facing constant change, at every turn the teams pull together and come out on top. It’s thanks to inspirational leaders, like F1 Executive Mark Gallagher, that we’re able to share these rich insights with our community:

If you’re questioning how to ensure your business is in the best position to follow in the footsteps of F1 and embrace change as a constant, get in touch.